January is the month when parties are held in homage of Saint Sebastian – the patron saint of Pipa. One day is simply not enough! A team of more than 20 devotees, headed by Dona Marialves, start the preparations some 4 months beforehand for a three day celebration which includes street stalls, bingo, bands and… on the last day (the 20th) the famous procession through the streets.

It all started when the patron saint of athletes, soldiers and the guardian of love, showed compassion on Pipa at the beginning of the last century.

Mr Antonio Pequeno, one of the respecters of local tradition, tells a story his grandfather, (of the same name) and who had been the church warder since its construction, told him.

In 1919 a Spanish ship came by, headed for Para, leaving in its wake the dreaded influenza – the plague! Wherever it went it left a trail of death. Dona Chica, of the velho Castelo family had a small statue of Saint Sebastian and decided to pray for Pipa – to keep the plague away.

If her prayers were met she promised to inaugurate a church in the saint’s name and make him patron of the village. Once this promise was made not a single inhabitant more caught the dreaded disease.

In the 40’s building of the church was started and later, the artist Agnaldo Simoneti, who often visited, made two statues of the saint. One is on the altar of the church and the other was placed on a rock in the sea to show the saint that many people, both on land and sea have faith in his protection. 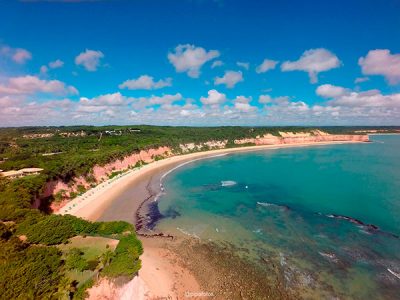 Quiet beach and swim with dolphins 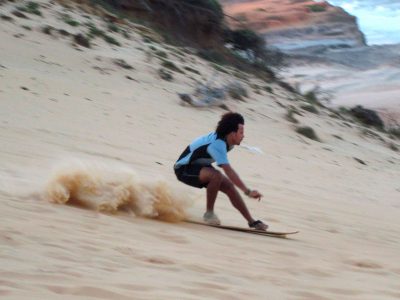