Anyone who has heard or seen the tropical mockingbird knows what a curious bird it is. It is a bird of the Passeriformes order, of the Mimidae family and genus Mimus, the later word from Latin meaning “imitator,” which is why one can hear such noteworthy mastery in its singing as it imitates other birds. Also known as the white or beach mockingbird, its head and back are grey colored, its face white with a black mask over the eyes; the lower body is white, the wings are black, with a long dark tail and fine, slightly curved beak, and long, dark legs. Avid defenders of their nests, they can be seen attacking other birds or animals such as iguanas, cats, dogs, etc.

They measure 26 centimeters in length and weigh 75 grams.

These birds eat just about anything, vegetable or animal, i.e., they are omnivorous, dropping to the ground to catch invertebrates, insects or berries, friendly enough to approach humans only when in search of food leftovers.

hey reach sexual maturity at 12 months, and each nest usually contains 2-3 eggs, generally of a blue color, making 3 to 4 nests per season. The young hatch after 13 days.

They are typical of the sandy, saline Atlantic coast, in areas of sparse vegetation and rich in cacti. They can be found on the Brazilian coastline, from the Guianas down to Rio de Janeiro.
In Pipa they are mostly seen between Central Beach and Lovers’ Beach. 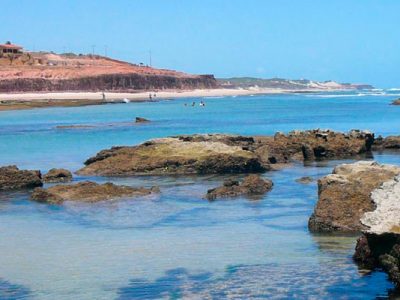 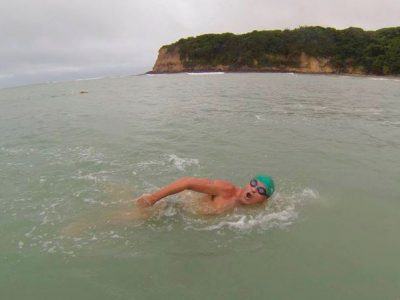